What We Offer
Our Collaborators 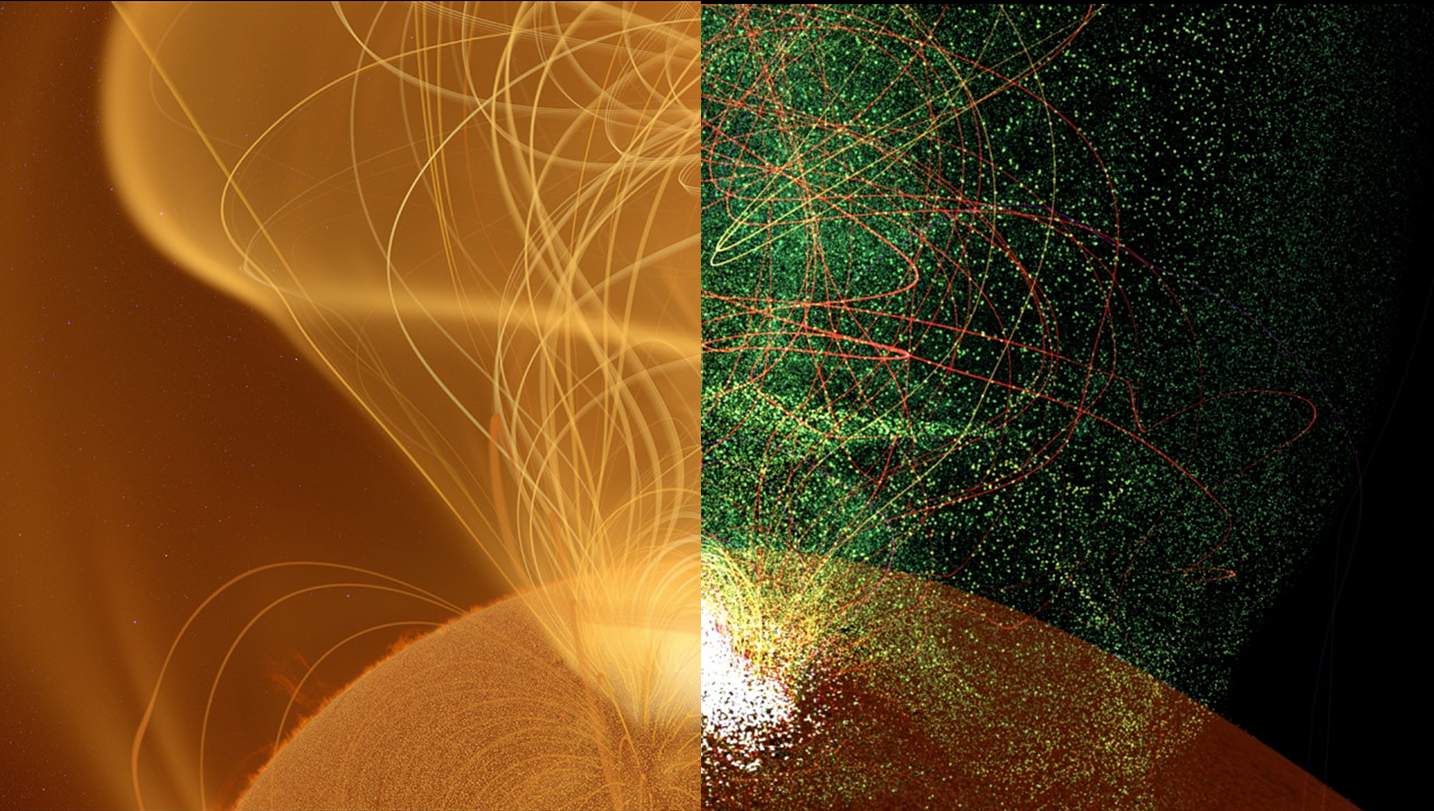 We work with domain scientists and receive massive supercomputer simulation or observed datasets.

We create data readers and translate the scientific datasets to work with our software, such as the commercial visual effects tool, Houdini.

We create derivative data, such as streamlines or isosurfaces.

We downsample the large datasets and preview them interactively in our custom software, Partiview.

We design immersive journeys through the data with our custom camera choreography software, Virtual Director.

We render 3D datasets and composite them with other elements such as backgrounds.

We adjust color and put on final touches to fine-tune our 2D images. 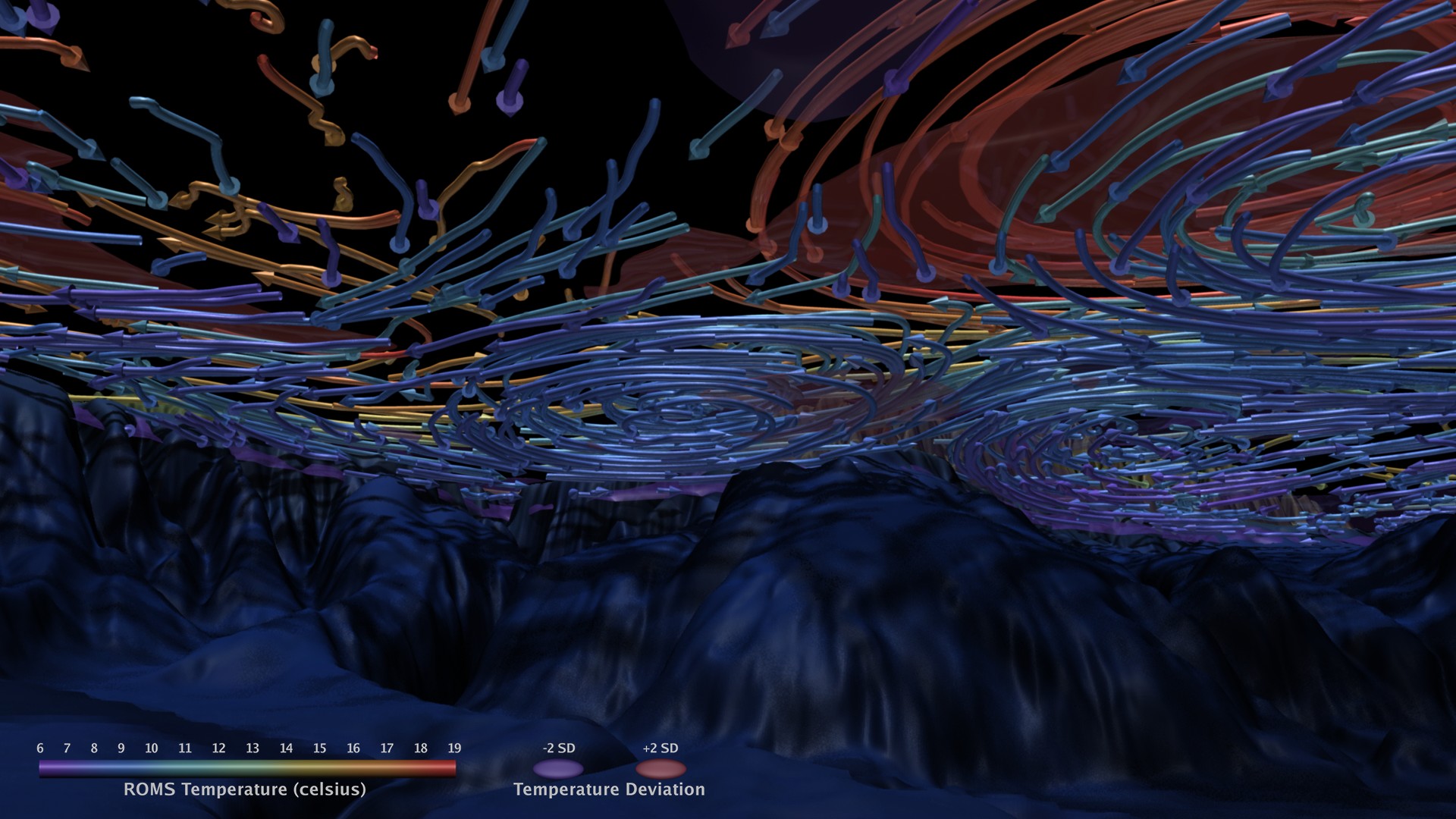 The AVL does research in visualization techniques and technologies. We work with University of Illinois students and faculty on solving large visualization problems. A selection of our publications can be found here. 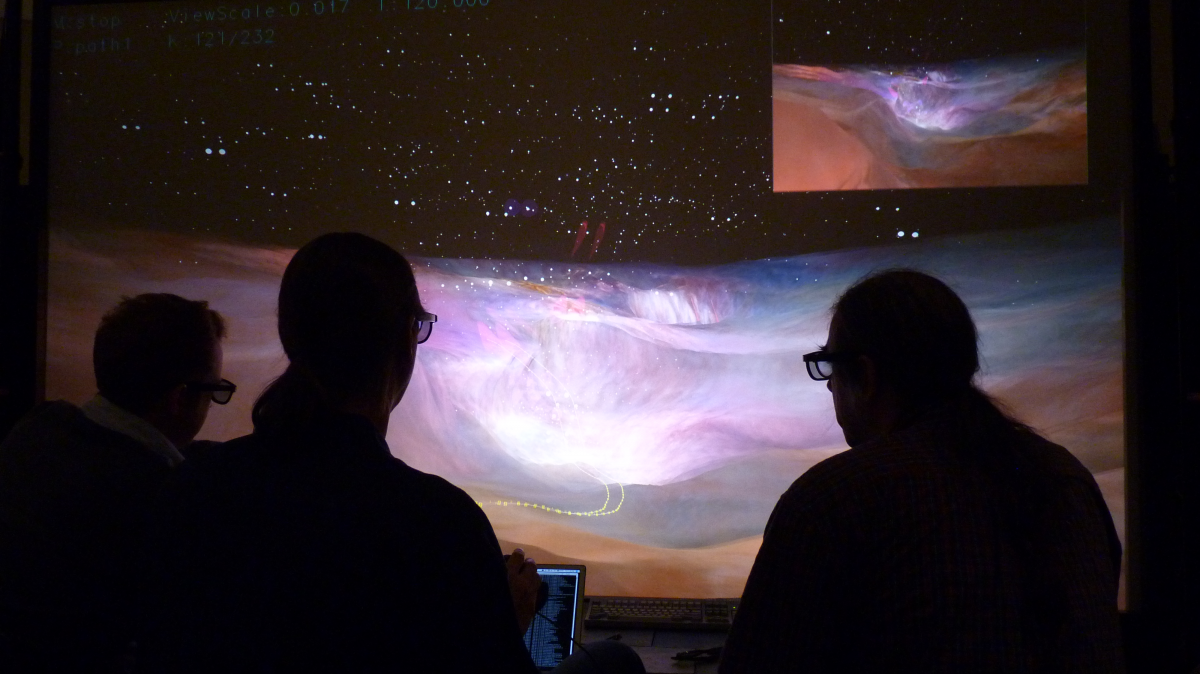 A special focus of AVL’s work in emergent media technologies is 4K stereo display. AVL’s research into 4K stereo applications is situated in those interdisciplinary spaces where computing meets communications and engineering meets entertainment and informal education. 4K stereo displays have been called “immersive” because of the incredibly color saturated and photo-realistic viewing experience they provide.