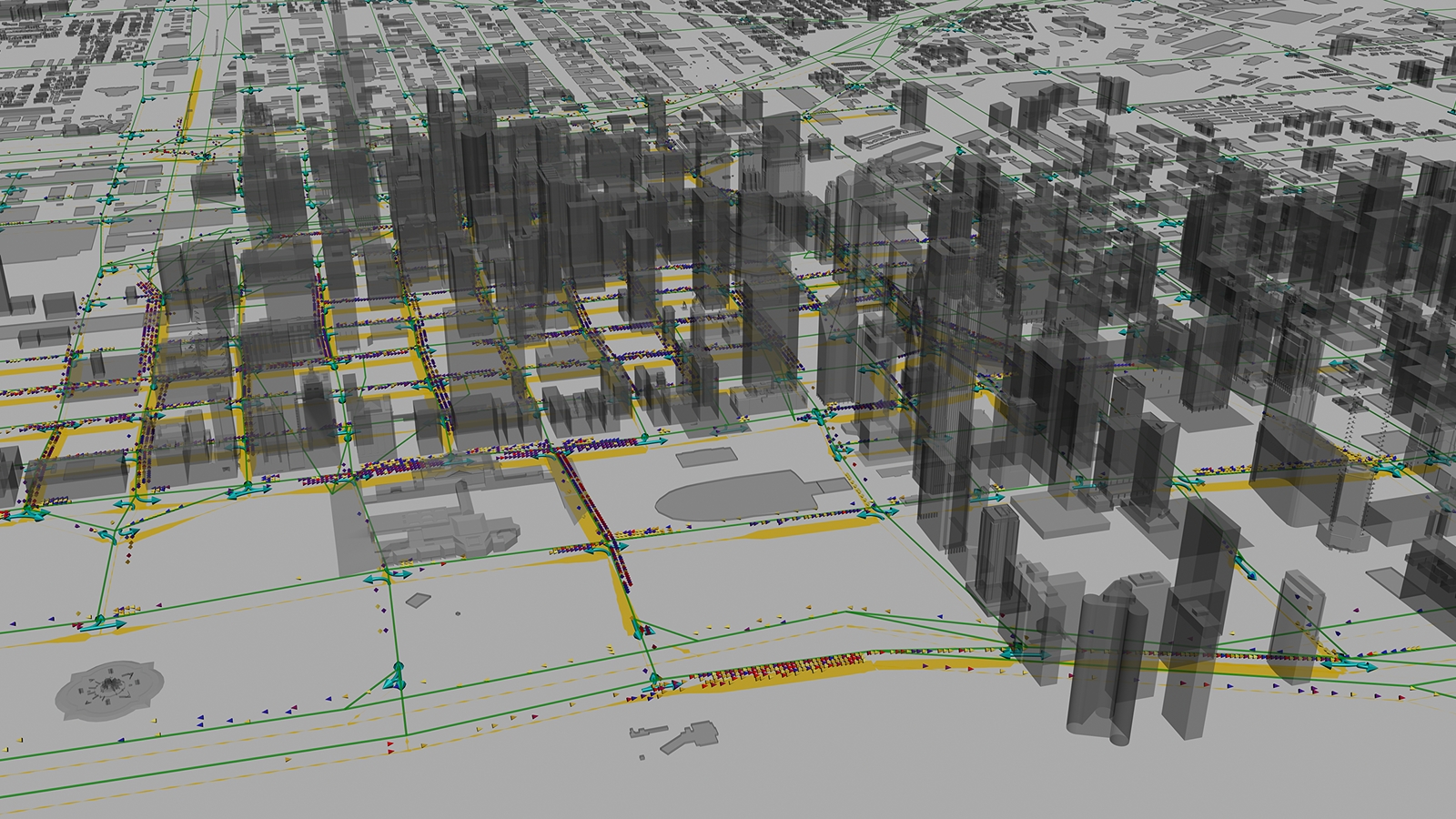 AVL is collaborating with developers at the Argonne National Laboratory TRACC Center to create an urban Chicago version of TRANSIMS(TRansportation ANalysis and SIMulation System).  The US Department of Transportation's Travel Model Improvement Program (TMIP) is the driving force behind TRANSIMS, which it describes as "the next generation of travel modeling, microsimulation and air quality analysis tools."

Below is a visualization of microsimulator data generated from the TRANSIMS Chicago example simulation.  The image was produced using NCSA's data visualization plug-in for Maya, which was developed by AVL's Alex Betts. Vehicle paths from the microsimulator were converted to a trajectory representation and then read into Maya, which was used to create the graphic representation. Building data have also been modeled and added to the simulation.

In addition to creating a data-driven animation, AVL's Matt Hall is creating an interactive software tool that allows researchers to refine data dynamically and update the visualization so that the simulation can be studied anew.