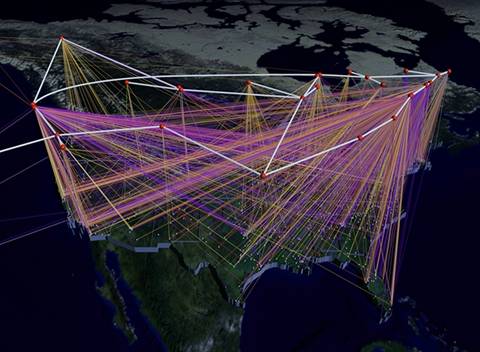 This image is a visualization study of inbound traffic measured in billions of bytes on the NSFNET T1 backbone for the month of September 1991. The traffic volume range is depicted from purple (zero bytes) to white (100 billion bytes). It represents data collected by Merit Network, Inc. 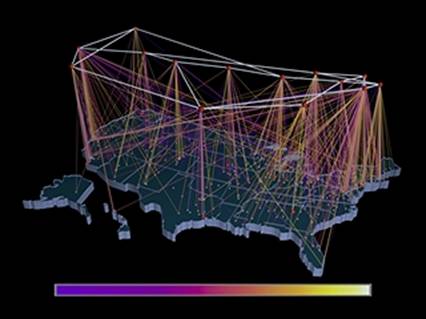 This image represents byte traffic into the ANS/NSFNET T3 backbone from its client networks for the month of December '94. The virtual connections, colored by traffic level, visualize traffic statistics collected by Merit Network Incorporated. December marks the last heavy usage month prior to the NSFNET's decommissioning in April of '95. Backbone service has now transitioned to a number of commercial carriers. 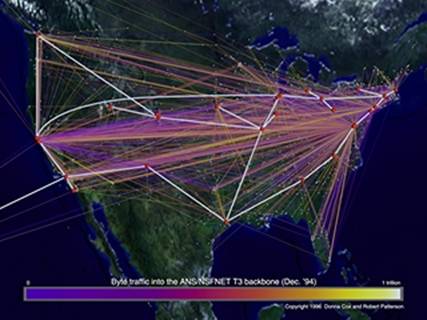 A view from 45 degrees with US geometry 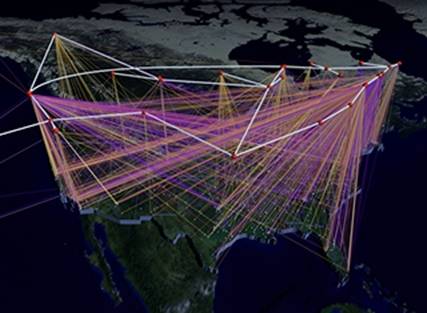