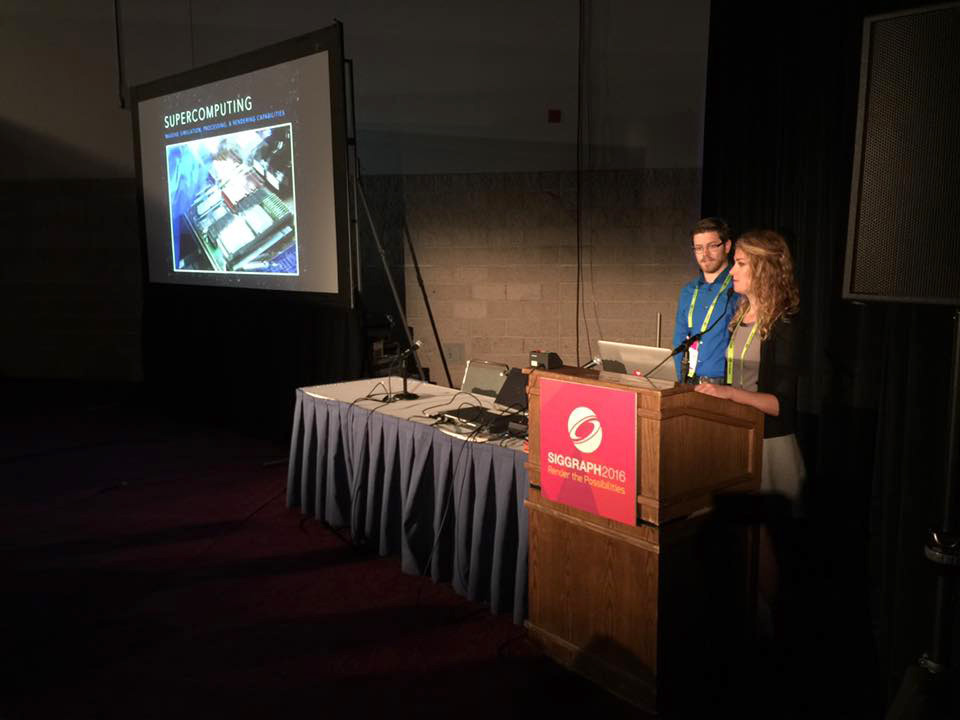 NCSA's AVL team was accepted to share their film in multiple venues of the conference. The first will be "Science of the Unseen: Digital Art Perspective," organized by the Digital Art Community, which is an online exhibition that will be displayed in a social gathering venue at the conference called "The SIGGRAPH Village." The SIGGRAPH online exhibition will allow the chosen scenes to stay online for several years with ongoing publicity. This work will be seen not only by the art community, but by the computer scientists and researchers who are at the forefront of developing new tools and presentation methods. The selected piece, Solar Superstorms, takes viewers on a turbulent journey through space, showing cutting-edge visualizations of the inner workings of the sun—some of which were computed on Blue Waters. The 24-minute film, narrated by Benedict Cumberbatch, teaches about solar activity, and how superstorms that occur on the sun have impacted Earth in the past and what threat they may pose to us in the future.

AJ Christensen and Kalina Borkiewicz presented for the third consecutive year at the “Immersive Visualization for Science, Research and Art” Birds of a Feather Session at the SIGGRAPH 2016 Conference. Their session entitled "Supercomputers: More than just a render farm", was focused on immersive visualization systems for science and research, but also on connection between scientific visualization and infoVis, and art and science.