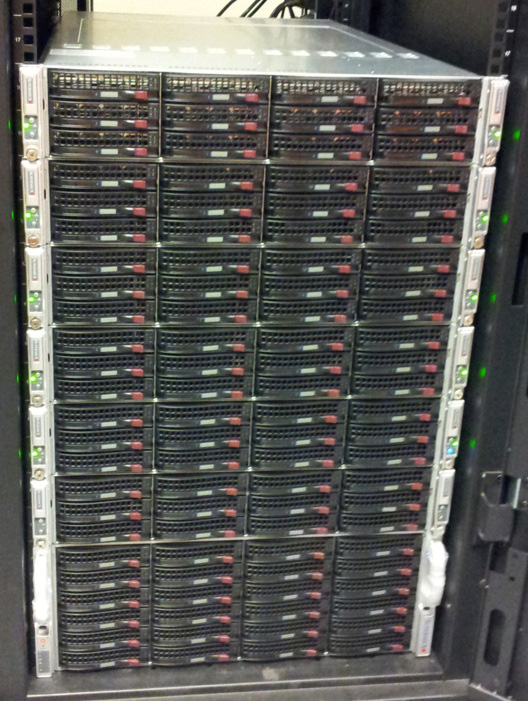 In January, 2014, AVL acquired an addition to our existing visualization cluster, enabling some new capabilities. This extends the group's existing cluster, acquired in 2008, which included

Each new node's CPUs are 2-3x faster than those of the older nodes, so this addition more than doubles AVL's visualization computing capacity, and the addition of modern GPUs opens possibilities which the group has not yet begun to exploit.

AVL is renting 100 terabytes of "condo storage" space being built and maintained by the Advanced Digital Services group at NCSA.   The storage is hosted on Dell hardware, using an IBM GPFS filesystem, with access to the AVL cluster and desktop computers via NFS over ethernet.

Given that NCSA's Mass Storage System is no longer available for long-term data retention, AVL is also acquiring a pair of storage servers devoted to archival backup, with a total of 150 terabytes of additional space.