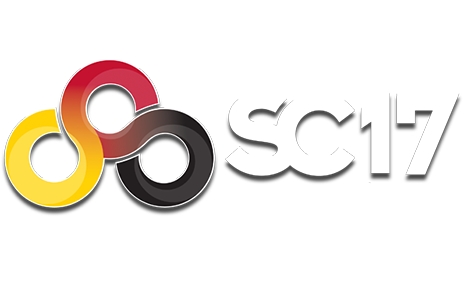 The showcase provides a forum for the year’s most instrumental movies in HPC. During the conference, held November 12-17, 2017, six finalists will compete for the Best Visualization Award, and each finalist will present his or her movie during a dedicated session at SC17 in a 15-minute presentation. Movies are judged based on how their movie illuminates science, by the quality of the movie, and for innovations in the process used for creating the movie.

This two-part visualization by the Advanced Visualization Lab at the National Center for Supercomputing Applications starts shortly after the Big Bang, and shows the evolution of the first galaxies in the universe over the first 400 million years, in increments of about 4 million years. The second part of the visualization stops time at the 400 million year mark, and flies the viewer through the data, breaking down the different variables that are being visualized - filaments of dense gas, pockets of elevated temperature, ionized gas, and ultraviolet light.

This visualization by the Advanced Visualization Lab at the National Center for Supercomputing Applications shows the evolution of a simulated analogue for the Milky Way galaxy over the course of 50 million years.