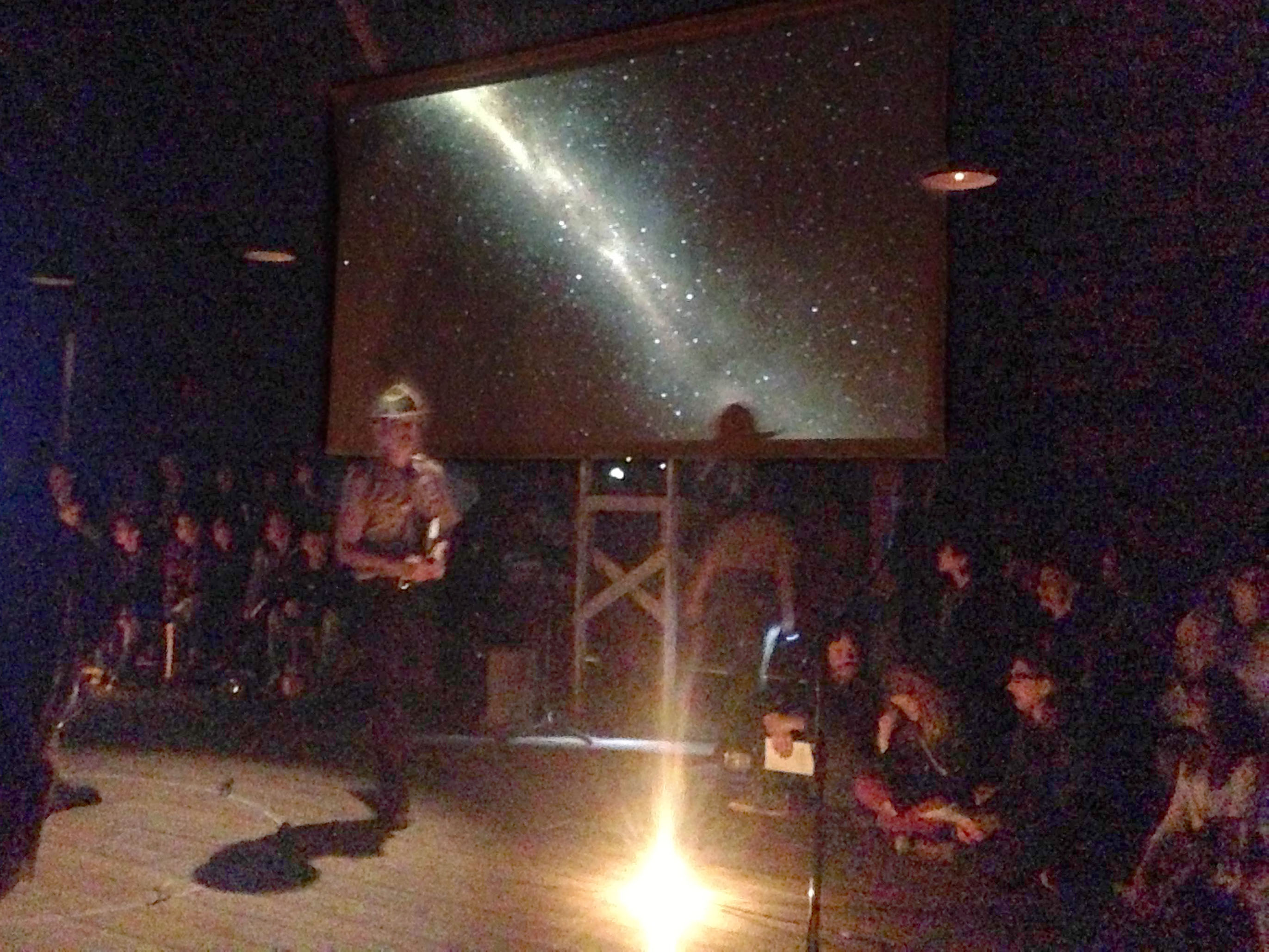 WOLF, the third live-performance in the Unreliable Bestiary. eDream collaborated with WOLF creator Deke Weaver, Assistant Professor in the School of Art & Design and eDream Fellow.  eDream contributed support and visualization for the project.

After leaving Urbana-Champaign on a park-ranger-guided bus trip to Allerton (a forested park near the farm town Monticello, Illinois), the audience was led over the river and through the woods to grandmother's house: a barn filled with video, dance, music, and stories that pull some of the threads together. WOLF will sink its teeth into the history, science and myth of this remarkable creature, while putting a domestic finger on the pulse of our uneasy relationship with the wild.   There were 5 performance with approximately 1100 audience members.  http://unreliablebestiary.org/wolf

Prior to WOLF, AVL / eDream consulted with Professor Weaver on his ELEPHANT performance project which premiered September 23-27, 2010.  ELEPHANT – a live performance layering stop-motion animation, handheld video, monologs, dance, and music - is the second chapter in award-winning performer/playwright and media artist Deke Weaver’s life-long project, The Unreliable Bestiary: an ark of stories about animals, our relationships with them, and the worlds they inhabit Inspired by the literary concept of the unreliable narrator and the medieval bestiary, which gave every living thing a spiritual purpose, the project will present an evening-length performance for each letter of the alphabet – the letter representing a particular endangered animal or habitat.